Hellfire Pass and the Mon village

After our second night at the Resotel, it's time to move to our next stopover, which is just a few bends along the river. Tonight we stay at the Float House on the river Khwae, more of which later.
First we have a drive to the WWII memorial site of Hellfire Pass, a small part of the Burma to Thailand railway, or Death Railway, constructed using the forced labour of allied prisoners of war along with Asian labourers.

The Hellfire Pass memorial museum is on the site where the railway was to pass directly through the mountain, rather than to circumnavigate it. The POW's and labourers only had hand drills, picks and shovels with which to carve a path 500 meters long, working 18 hours per day under the most extreme conditions. Many died through starvation, beatings, disease, accidents and many other causes. The figures become mind-numbing and the walk along the pass is sobering and a reminder of what Man can inflict upon his fellow Man. 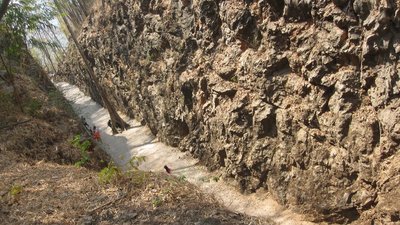 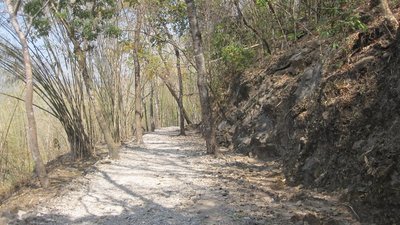 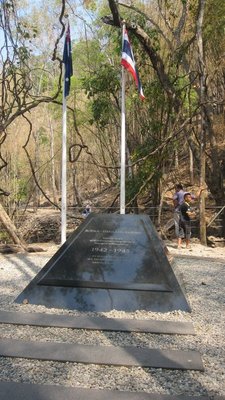 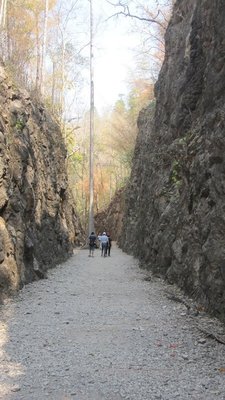 After lunch we return to the river and move further upstream to pay a quick visit to a traditional Mon tribal village. The Mon are originally an ethnic group from Mongolia and are said to be the eldest people to reside in southeast Asia. The village is very basic, with few amenities that we would recognise; electricity only available via a few solar panels and not an iPhone in sight

A brief walk through the village ended at a lovely view-point looking down onto the river. This view-point is adjacent to a small spiritual area, where there are a few Buddhas as well as some particularly non-Buddha like statues. My knowledge of Buddhism doesn't stretch to the full panoply of images or representations but its fair to say that I saw nothing like these images over the past few days. (If anyone out there would care to enlighten me, please feel free!!) 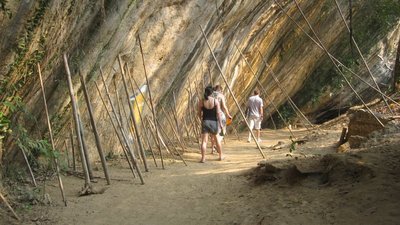 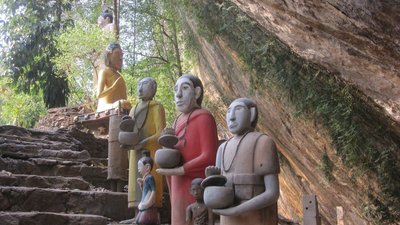 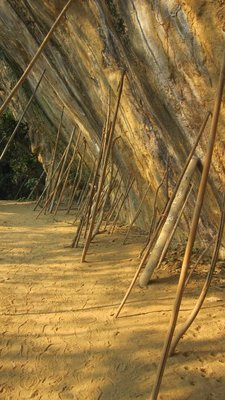 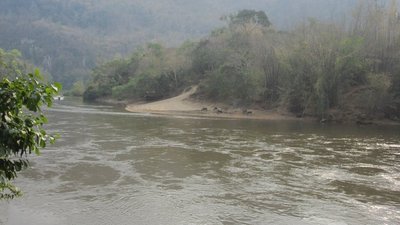 We had to make our way back to the river bank to grab the bamboo raft to our new hotel for the night, the Float House on the River Khwae. Note: bamboo raft, not long-tail boat. The reason for this is that we were going to float back to the Floating House! So, once we cleared the first bend after the Mon village, wearing our life-preservers, we all jumped into the river and were carried along at a real lick in the very fast current. 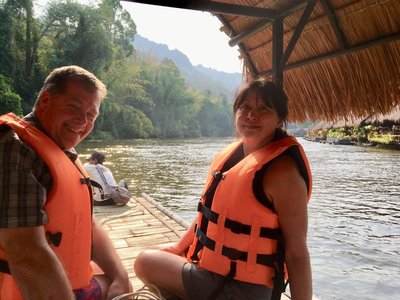 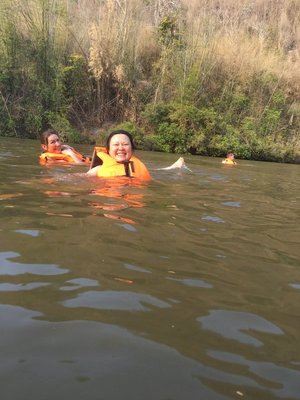 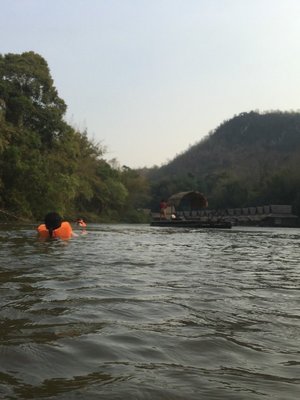 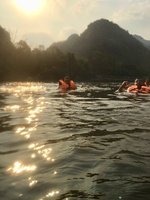 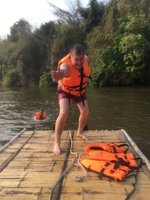 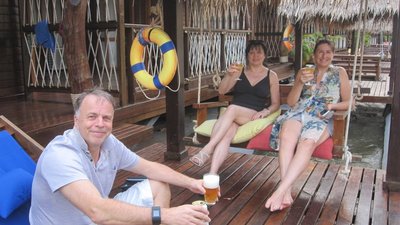 After hotel check-in we settled down for well-deserved pre dinner drinks on the terrace of one of our rooms...which, by the way, are bloody fabulous. I'll explain more in the next episode

Previous Next Table of contents

Comments on this blog entry are now closed to non-Travellerspoint members. You can still leave a comment if you are a member of Travellerspoint.

If you aren't a member of Travellerspoint yet, you can join for free.